For some years now, I have been offering one’s personal Seraphi Profile. The information I received within it, is quite intriguing, so I decided to review it here, and delve into it a bit more.

1) This document and it’s psionic template are the same for everyone EXCEPT FOR THE PATH SEQUENCES AND PROFILE NUMBERS. These number sequences are uniquely yours.

2) The energy-art psionic template contains your Seraphi Profile number sequence. It is composed of four sets of five number per unit, each unit separated by a period. These four sets are called PATH SEQUENCES. They are brought together in your Seraphi Profile from your Venus Sequence, your Earth Atoma Sequence (central “sun” of the Earth), your Solar Sequence (solar system) and your Galactic Center Sequence (Hunab Ku – Galactic Cross / Tree).

3) Both your Path Sequences and consequently your Seraphi Profile numbers are not static. They change as the Earth re-crystalizes and re-spatialize through the forming of the New Earth Star Hologram. Your Paths and Profile represent the “sacred randomness” that is anything but “random” as we understand it.  While it is not a topic I will expand upon here, in brief: “sacred randomness” can only be apprehended by removing one’s self from the limitations of sequential time in quantum bursts and then re-organizing back into sequential time from the “non-moment” of what Thoth calls “zero event.” So you can see why I won’t be expanding on this topic here! All you really need to know about it concerning your Paths and Profile is that you are a part of the sequencing that takes place in the quantum zones of “zero event” down to the smallest particle in your physical body and all energy presence of your Being!  You may not be “apprehending” it consciously, but your energy system is being generated through this process.

Thus your Path Sequences (of which Thoth has given only the four major ones here – there are actually millions of them, counting all sub-systems) and your Seraphi Profile will begin to move outside your frequency zone even as you begin to work with them. This motion will be so minuscule at first that it will not transcend the power of your experience with these sequences for at least 3 to 6 months. Ironically, the more you work with your “numbers” the more powerful they become for you…BUT the faster you will then transcend the frequency they offer you!

Only YOU will be able to know when it is time for a new Seraphi Profile. You can then choose to discontinue the old one and leave it at that, or request/order your updated Profile numbers and their attendant Paths. Ordering a new Seraphi Profile means that the energy-art template will contain the new Profile numbers and the new Path Sequences separated out into their respective fields for you. It will be the same template otherwise.

The second part of the info contains the individual’s specific numbers. It briefly outlines the four path sequences. Let’s look at these one at a time. First I will give what is on the document and then some additional commentary…

The Venus Path for the individual is the frequency of his/her connection to the on-going networking of matrices between Earth and it’s guardian Venus. BOTH energetically came from the Blue Star Rigel in the constellation of Orion and both will energetically return – TOGETHER, through the process of “Light-Principle 40” – Planetary Ascension. The Venus Path contains the Light encoding within the DNA of the “BLUE” crystal: one crystal out of every 144,000 within a DNA mega-crystal emits a blue-ray. the rest of the 144,000 emit White Light. The Venus Path/Gate is the corridor HOME. Our souls may come from different star systems, but our Earth experience hails from Rigel, the BLUE STAR in Orion. Thus, all Earth-going souls who choose to ascend with the planet will go through the various “gates” – a crucial one being that of Venus – to return to the home of Earth. It is like many people originating from other countries but now all committed to being citizens of a universal country.

It is important to understand that the Venus we see in space or send probes to land on is the aspect of it within our dimension of reality. It is not within the Thrive zones as Thoth calls it – of that world sphere. If we were to be within the Thrive realm of Venus we would see and experience a…well, thriving state of life. This is true of anywhere we travel through our own dimensional space. Yet Venus in any state of our experience is radiating a force, and energy that connects to and support the realm we know as “Earth.” Many souls incarnated on Earth have had incarnations within the Thriving electromagnetic zones of Venus. 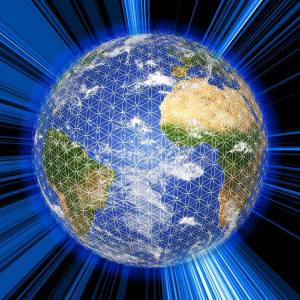 Earth Atoma Path – the “Holy of Holies” of this planet is it’s inter-dimensional SUN at the center. This is the HEART of Earth. Souls incarnated on Earth are in constant resonance and synergy with it’s pulsing and expanding / contracting field. The Planetary Genius of Earth is within the Earth’s atoma. This is the divine intelligence of all the “being” of the planet, including humanity. So we, as HUE-MANS, draw upon the rainbow of light rays radiating from this inner sun – each ray expressing an aspect of the divine heart intelligence of our planet – and US.

All living creatures have an “atoma” that is projected a few inches outside the heart. Human and cetaceans have the most radiant, expanding on the planet. The Earth’s atoma is the “Mother Ship” for all earthly atomas of its species. Then there is the atoma with the solar sun, the galaxy, etc…on and on. But for us in the incarnational form, the Earth atoma is our main sustenance. It holds us to the Mother’s breast even more surely than does the gravity of the planet. It is like a mini star-sun guiding our life journey. It aligns us with the Elemental Body and feeds us the codes of planetary habitation. 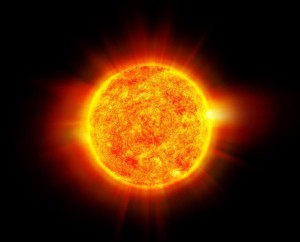 Solar Path – The sun of our solar system is the habitation of the “Living Lights” (angelic beings) overlighting this system of planets. It is also the GATE to other dimensions, from whence many souls in this system have originally come. Throughout our life on planet Earth we receive millions of Light codes from the Living Lights of this, our solar star, coming to us from throughout the universe, giving us the “nourishment” our incarnated energy systems need to stay orientated to our Programs of Universal LIGHT – the “Songs of the Stellar Seas.”

I see I said that we receive “millions” of light codes from our solar star, but actually it is much, much more than that…gazillions maybe!  Through the Solar Path we connect to a huge outreach our dimensional soul-selves. It is this Path that orchestrates our Merkabah Soul Family nesting. So you might say that our solar star is our family tree.

Galactic Center Path – from galactic center – the center of our Milky Way – there is a Black Hole around which is formed the galactic CROSS / TREE of that galaxy’s whole Genesis Program. It is an inter-dimensional holographic liquid-light field, kept in this “liquid-crystal” state by it’s proximity to the galactic center’s Black Hole, or inter-dimensional portal. On Earth, we receive the codes of Galactic Center in the deepest part of our spiritual being – that part which is constantly drawing us, impelling us, indeed commanding us, to expand in DIVINE BEING.

The galactic Cross or Tree mentioned here, is a branch of the greater Tree of Osiris or Orion within the Earth’s Homing Field of the Orion Nebula. The liquid fire crystals within our Galaxy’s center are calibrated to the Mother Tree fire-crystals in Orion. When we experience the Galactic Center Path is when we feel so divinely connected that is is beyond our ability to even express it outwardly in this world. The moments may be few and fleeting, and in some incarnations of the soul, not at all…but when they happen they are treasured and never forgotten!

related info: The Pymander – A Computer of the Akasha

I am a priest in the Ascension Alliance, Dame Prioress of the Priory of the White Stone, a spiritual consultant, Akasha translator (reader) and visionary artist. I have been translating from the akashic consciously as a profession of Spirit since 1967. I am co-founder and now sole operative of Spirit Heart Sanctuary, a non-profit church. My main font is the New Earth Star Inner-Academy. I work with planetary transformation and inner self-awareness, employing heart ascension principles. My internet services extend to members and participants globally. View all posts by Maia Chrystine Nartoomid